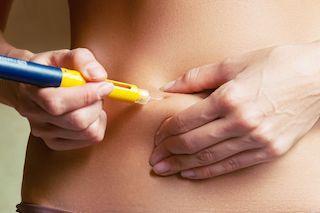 Get Your Skinny Shot Today

No appointments needed. Walk-ins welcome! Payment due at time of service.

See what everyone is talking about and start feeling the difference now! 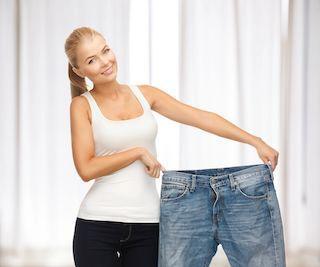 Methionine Inositol Choline (MIC) Injections, also referred to as Lipotropic Injections, are used to help release fat throughout the body by specifically targeting its primary fatty deposits. Lipotropic, or fat burning substances include: inositol, which helps the liver remove fat; choline, which distributes cholesterol and prevents it from getting deposited in one part of the body; and methionine, which is similar to inositol, but also amplifies the combination. Injections can be administered up to twice a week, and vitamin B-12 is purported by practitioners and users to help accelerate metabolic processes, while creating a greater feeling of overall energy. Since lipotropics directly aid in the breakdown of fatty tissue, and are also closely related to B vitamins, when used together, they are thought to intensify each others' effects and are usually injected together as part of the same treatment injection cycle. 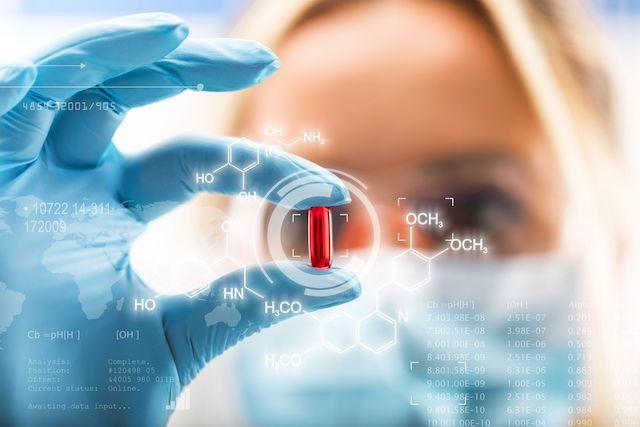 The amino acids that are injected into the body stimulate the liver into optimizing the process of metabolism. These injections boost the body’s metabolic power by providing a highly effective temporary increase of normal metabolic functions. As soon as the effect of these substances wears off, the body begins to gradually return to its normal metabolic rate. When administered in combination with a low-calorie diet and regular exercise, our lipotropic formulas can help your body to rid itself of fat, while simultaneously increasing your energy levels both via the fat released energy and the energy promoting properties of vitamin B-12. The formula used in the MIC Injection specially blends the following important ingredients:

Methionine - The "M" in MIC Injection, is an essential amino acid, which means that it is not synthesized in humans. This amino acid acts as a lipotropic agent which: assists in the breakdown of fats within the liver; helps to lower cholesterol thereby preventing excess fat buildup in the liver and throughout your body’s circulatory system; is helpful in preventing and relieving fatigue; and is useful in some cases of allergies by virtue of its ability to reduce histamine release.

One of the sulfur-containing amino acids (along with cysteine and cystine), methionine is important (essential) to many bodily functions and must be directly consumed through supplementation or methionine-containing proteins. Foods which contain high levels of methionine include cheese, eggs, fish, meats, spinach, potatoes, Brazil nuts, sesame seeds, and select other plant seeds. However, by injecting methionine into your muscles you can rapidly achieve high concentrations which many researchers and physicians believe results in more effective mobilization and elimination of abnormal fatty deposits. Other reported benefits of methionine include improvement of: liver disease; skin tone and elasticity; nails; hair; and cardiovascular and muscular functions, through its role in the production of creatine. It has also been used to treat premature ejaculation, chronic depression, pancreatitis, Parkinson’s disease, and AIDS myelopathy. More specifically, clinical research has clearly demonstrated methionine’s ability to “…strongly improve the alcohol-induced histological changes in the liver. Triglyceride content of the liver was found to decrease in a dose-dependent manner with increasing methionine ingestion.

Inositol - The "I" in MIC Injection, is a B-vitamin that promotes: the health of cell structures and nerve synapses; aids in the metabolism of fats; helps reduce blood cholesterol; and participates in the action of serotonin, a neurotransmitter known to control mood and appetite.

Also known as myo-inositol, inositol is best described as a carbocyclic polyol, which forms the basis for many signaling and secondary messenger molecules. As such, it is involved in many biological processes, including the breakdown of fats, the reduction of serum cholesterol, serotonin activity modulation, gene expression, and insulin signal transduction. It is not considered a vitamin because your body is unable to synthesize it. However, it has been shown to be helpful for the treatment of depression, panic disorder, polycystic ovarian syndrome, and fatty liver. It also important for optimal brain function.

Inositol deficiency may manifest as symptoms of constipation, high cholesterol, vision problems, and hair loss. Although it is naturally found in certain foods such as nuts, beans (especially red beans and kidney beans), grains, cantaloupe melons, and oranges, it is more effective in breaking down fat when given as an intramuscular injection.

Choline - The "C" in MIC Injection, is an essential nutrient that helps to support the liver in its processing and excretion of chemical waste products. Moreover, it is required for the transport and metabolism of fats and cholesterol, which is important for the healthy support of the endocrine, cardiovascular, and hepatic systems.

Cyanocobalamin (Vitamin B-12) - This form of B-12 vitamin is used in our Lipo-B injection and plays a significant role in the replication of DNA, the normal functioning of the nervous system, and the formation of blood cells. The vitamin B-12 injection has been shown to provide these key benefits: boosts energy and overall metabolic rate; assists in the burning of stored body fat; detoxifies the body; increases red blood cell production; maintains a healthy liver; helps regulate sleep, mood, appetite and energy; works synergistically with other nutrients to improve health; and slows aging.

Vitamin B-12 is frequently used in combination with other B vitamins in a vitamin B-complex formulation. Important in DNA synthesis, vitamin B-12 is bound to the protein in food, and is released by stomach acids during digestion. Once released, B-12 combines with a substance called intrinsic factor (IF) before it is absorbed into the bloodstream. Essentially water-soluble this vitamin is commonly found in a variety of foods such as fish, shellfish, meat, eggs, and dairy products. Read more about Vitamin B-12 Injections.

L-Carnitine - Carnitine is an amino acid which is required for the transport and breakdown of body fat for the generation of metabolic energy. Studies show that oral L-Carnitine supplementation can decrease fat mass, preserve muscle during exercise, and reduce muscle fatigue. Further research over the last decade has shed new light on the importance of L-carnitine as a regulator of skeletal muscle fuel selection, which means it is needed to determine whether muscle tissue utilizes carbohydrates or fat for energy. When taken orally, L-Carnitine requires a high dose to promote fat tissue breakdown. This is because only a fraction of carnitine is absorbed during oral digestion. When administered by injection, nutrients like L-Carnitine are completely absorbed by the body.

Get Your Skinny Shot Today

No appointments needed. Walk-ins welcome! Payment due at time of service.

See what everyone is talking about and start feeling the difference now!

Office Hours
Get in touch